What We Do:    Motion Analysis is one of the global leaders in designing and manufacturing optical instrument systems to 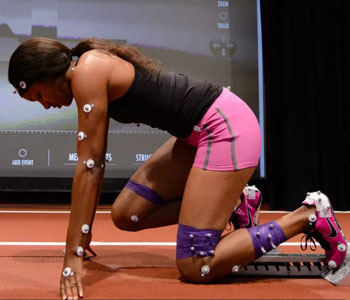 Motion Analysis’s technology is useful in a wide variety of market applications. It was first used to track sperm for fertility clinics and to assist surgeons in gait analysis of patients with cerebral palsy. Later, it was used in the animation market for video games and film. The first movie to use motion capture was the 1990 Arnold Schwarzenegger film Total Recall. "They wanted motions to look natural in movies, and that's where our technology has come to the forefront," said John Greaves, a senior vice president at Motion Analysis and one of the company founders. "Your eyes are very good at picking up unnatural motion." In 2005, Motion Analysis won a Technical Achievement Award from the Academy of Motion Pictures Arts and Sciences for their expertise in creating special effects technology for films such as The Matrix and the Lord of the Rings trilogy.

In the past decade, Motion Analysis technology has expanded beyond film and television broadcasting to include healthcare and industrial/sports performance. Elite athletes and sports companies, such as Nike, use Motion Analysis technology to test how an athlete’s movements affect safety and performance. The company is especially excited to see how its products can be used to assist doctors in cancer radiation treatments and helping cerebral palsy patients to walk.

Chief Executive Officer, Tom Whitaker, explains that the decision to locate in Sonoma County came down to two factors. First, the company can access a large talent pool of educated employees due to its proximity to the major research universities of Stanford and UC Berkeley. Second, Sonoma County offers a wonderful quality of life and easy commutes for their employees.